The Secretary for Financial Services and the Treasury, Mr James Lau, on behalf of the Government of the Hong Kong Special Administrative Region, signed in Hong Kong today (August 24) a comprehensive agreement for the avoidance of double taxation (CDTA) with Saudi Arabia, which signifies the Government's sustained efforts in expanding Hong Kong's CDTA network, in particular with economies along the Belt and Road.

The Consul General of the Kingdom of Saudi Arabia in Hong Kong and Macau, Mr Omar Bakheet Al Bunayan, signed the agreement on behalf of his Government.

The CDTA sets out clearly the allocation of taxing rights between the two jurisdictions and will help investors better assess their potential tax liabilities from cross-border economic activities.

Mr Lau said, "This is the 38th CDTA that Hong Kong has signed with its trading partners. Hong Kong has all along treasured the economic and trade connections with Saudi Arabia, and I have every confidence that the signing of the CDTA will bring the trade relations between the two places to a new level."

(a) Saudi Arabia's withholding tax rate for Hong Kong residents on royalties (currently at 15 per cent) will be capped at 8 per cent and it will be further reduced to 5 per cent if the royalties are for the use of, or the right to use, industrial, commercial or scientific equipment;

(b) Hong Kong airlines operating flights to Saudi Arabia will be taxed at Hong Kong's corporation tax rate, and will not be taxed in Saudi Arabia; and

The Hong Kong-Saudi Arabia CDTA has also incorporated an article on exchange of information, which enables Hong Kong to fulfil its international obligations on enhancing tax transparency and combating tax evasion.

The CDTA will come into force after the completion of ratification procedures on both sides. In the case of Hong Kong, the CDTA is implemented by way of an order to be made by the Chief Executive in Council under the Inland Revenue Ordinance. The order is subject to negative vetting by the Legislative Council.

Details of the Hong Kong-Saudi Arabia CDTA can be found on the Inland Revenue Department's website (www.ird.gov.hk/eng/pdf/Agreement_SaudiArabia_HongKong.pdf).

Hong Kong will continue to negotiate with trading and investment partners, with a view to expanding its CDTA network. 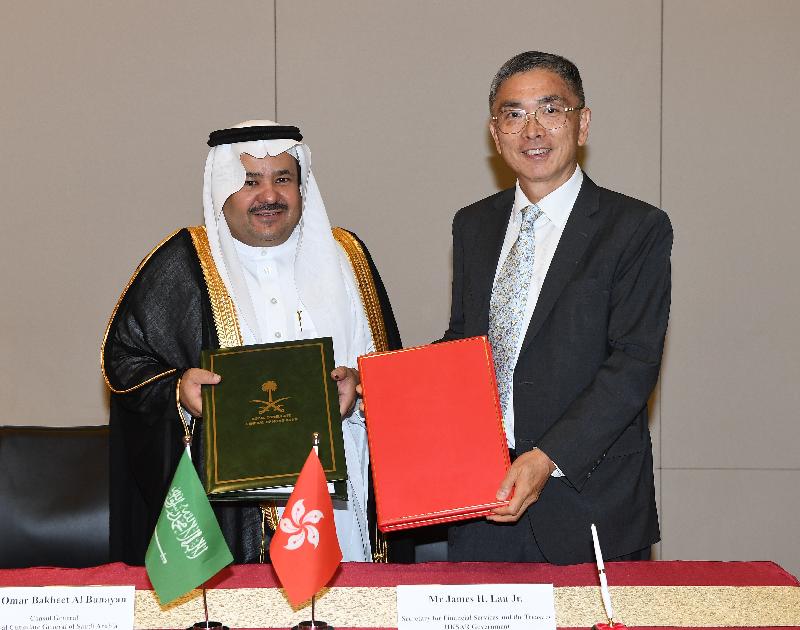